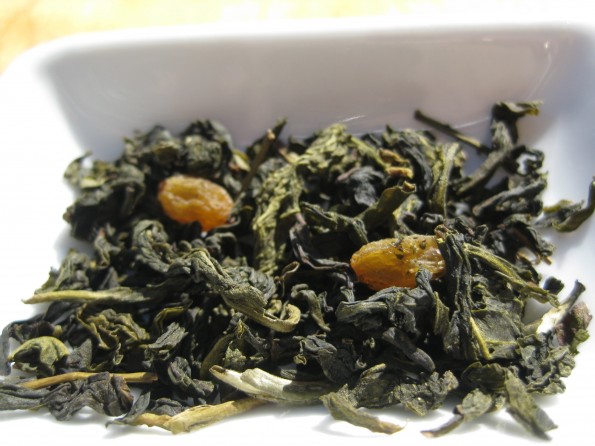 Lupicia Queen’s Muscat Oolong is an interesting tea that I discovered a few months ago.  It actually has grapes/raisins in it, although I suspect that is more for visual appeal than flavor, because the flavor seems way more potent than what the handful of grapes in the bag should create.  I normally do not like flavored teas very much, but for some reason, I really dig Muscat Oolong.

Queen’s Muscat Oolong gets some mixed reviews, and is recommended served iced by just about everyone, but I really like it served hot too.  I am a weirdo, what can I say.  At any rate, it had become my Friday evening beverage for a while, which is great because I could start drinking it for Happy Hour and continue throughout the evening.  It tastes vaguely like a cross between sweet wine and grape Kool-Aid, which I also do not normally like, but I like in this case.  The best part is that unlike wine, there is no risk of a headache the next morning.

Lupicia itself is an interesting company.   Apparently the name was created after the merger of two different tea shops in Japan, one with a French name and one with a Chinese name.

I have to digress a little here, because this name-blending, and the result, reminds me of a class I took in college, in which we watched the film, “The Colonel Comes to Japan.”  I can’t remember if it was mentioned in the film itself or in the class discussion that followed, but it was mentioned that Taco Bell did not do well when it was first introduced in Japan because the word tako (pronounced pretty much the same as “taco”) means “octopus”, so people thought that it was a restaurant that served octopus.  Since tako is an extremely popular food in Japan, people were disappointed when they went to Taco Bell and could not find any octopus on the menu.  I am not sure if this like the urban legend about trying to sell the Chevy Nova in Mexico, but it gets close to the point I am trying to make.

As much as I like this tea shop, every time I hear the name Lupicia, my brain automatically says, “alopecia.”  The word “alopecia” sends me into the Arrested Development rabbit hole, and the next thing you know, I am sipping this tea, thinking of Stan Sitwell, and worrying that one of my eyebrows is going to pop off.

I suppose it is still better than having tea with Lucille! 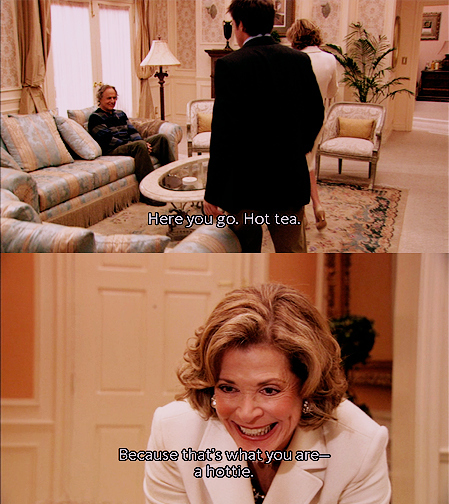