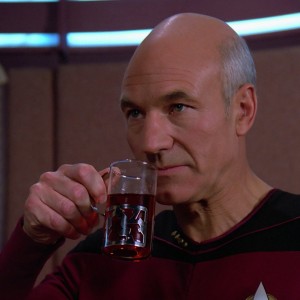 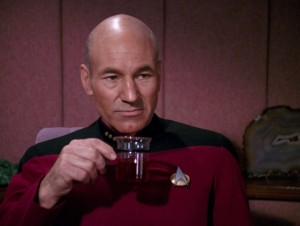 While Picard is most often shown drinking from a clear tea cup, he occasionally uses a much more elaborate set, which I just found out is available for sale from Saenger Porcelain. 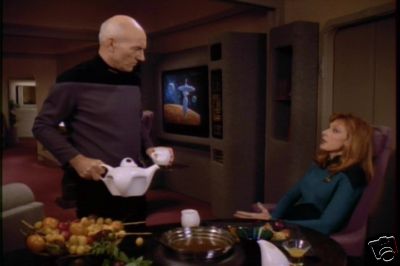 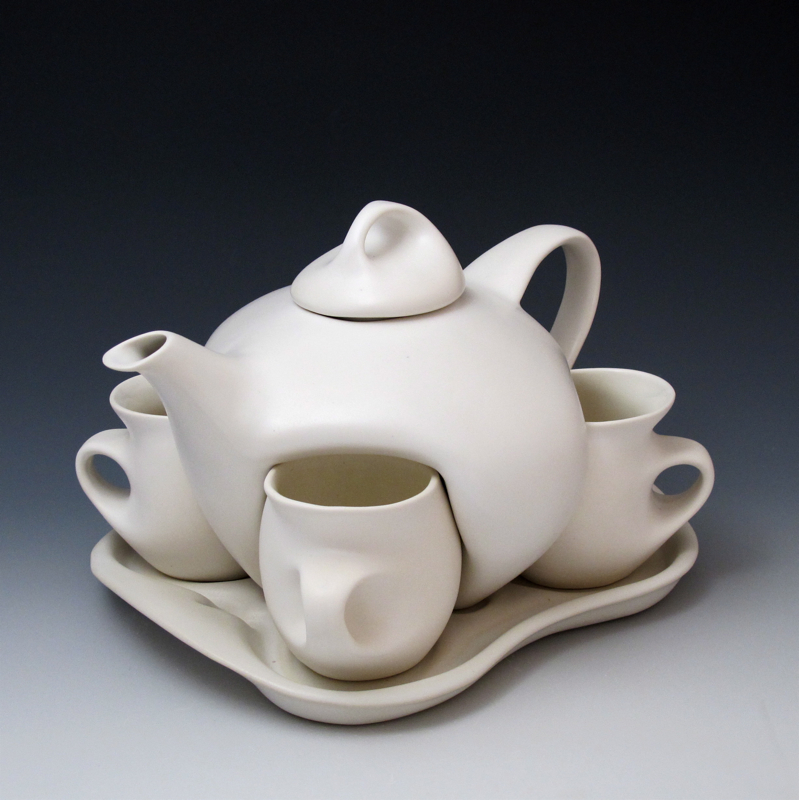 I love how the teacups nest inside the pot design.  It seems like it would help keep everything warm, and it certainly looks cozy!

This lovely tea set appeared in episodes across several seasons, including:

Star Trek TNG: Journey’s End:  Every time I hear “Kardashian,” my brain immediately changes it to “Cardassian.”  I think it is a survival mechanism.  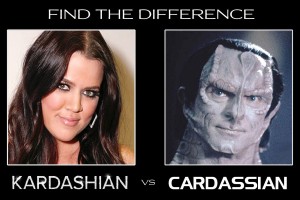 Star Trek TNG: Lessons:  Picard and Lt. Commander Nella Daren butt heads frequently, but they share a lot of interests, including tea.  She introduces him to “Daren herbal tea blend number three,” one of 7 blends that she had programmed in the replicator.

So even if you don’t feel like dropping three hundred bucks on a tea set, you can still see Captain Picard’s tea set in all its glory throughout Star Trek: The Next Generation.